The Imagined Things Book Club is a book club ran by us! We read an eclectic mixture of recently published adult fiction. We meet each month to discuss the book of the month – currently we run an evening meeting on the third Tuesday of each month, at 7pm, in a town centre location. In order to come to one of our meetings and be part of the book club all you need to do is get the book from us and go on our list to secure your place (you need to be on our list before attending & to have got the book from us). Then just turn up on the night ready to discuss what you thought of the book! It’s all very friendly and informal!

If you’d like to join you can come into the shop to get the book and go on the list or you can reserve your place by giving us a call on 01423 391301. We can also post books for a small charge if that’s more convenient for you, just give us a call if so! If you would like to stay up to date with the book club you can join our Facebook group: www.facebook.com/groups/ImaginedThingsBookClub/ – it’s not necessary to be on the Facebook group to be part of the club though. See our previous book club books and our scores for them below. 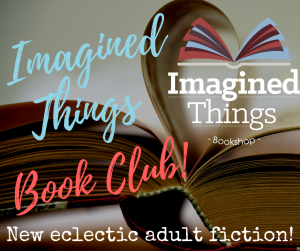 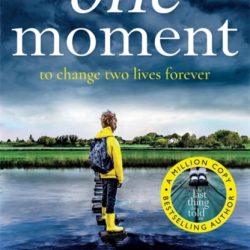 One Moment by Linda Green 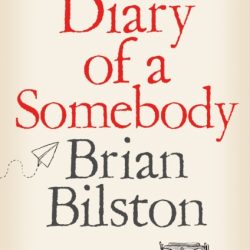 Diary of a Somebody

Brian’s life isn’t going so well – his ex-wife has a new man (a motivational speaker), he’s a disappointment to his son and he’s drowning in spreadsheets at work. Brian’s New Year’s resolution is to write a poem a day, with mixed results. Particularly in the face of his arch nemesis Toby Salt – a published poet who then goes missing. Part tender love story, part murder mystery, part coruscating description of a wasted life, and interspersed with some of the funniest poems about the mundane and the profound. 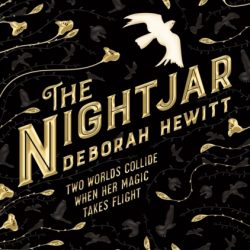 The Nightjar by Deborah Hewitt

An absorbing & action-packed fantasy set in our world with a few differences!

Alice is living an ordinary life until she meets an old lady on the bus who knows all about Alice’s life-long fear of birds. Soon Alice is launched into a magical world she knew nothing of, and learns she is an Aviarist – a rare magical talent that allows her to see Nighjars that guard each of our souls. A shadowy faction wants to use her gift to hunt the magically gifted, and a life hangs in the balance Alice must search for a missing Nightjar but to do so she could risk losing her own life. 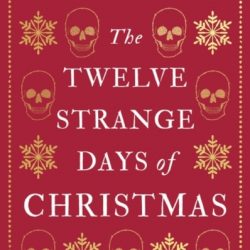 From an elderly lady at home with her cats, to a policewoman who can see Death, a talking hoover, shipwrecks, stolen limbs and a strange night at the Essex Witch Museum. This stand-alone from the author of The Essex Witch Museum Mystery Series is a unique collection of sort-of-spooky Christmas tales that are bizarre and beguiling. 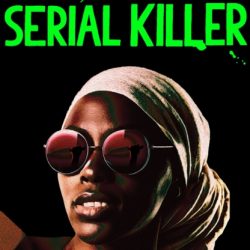 My Sister, the Serial Killer by Oyinkan Braithwaite

A dark & intense black comedy about sisterhood & the lengths we’ll go to for passion & love.

Ayoola’s sister Korede is young & beautiful, and also a killer. Ayoola is asked to help clean up the blood and body of Korede’s boyfriend and it’s not the first time. When Korede catches the eye of the doctor Ayoola has a crush on at the hospital where she works as a nurse Korede is upset not just because he didn’t want her but because he might end up dead. 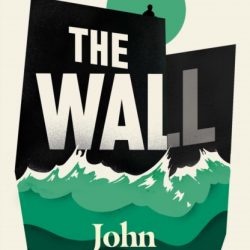 The Wall by John Lanchester

Stunning. A rare story that genuinely works on two levels: a human story & a comment on humanity. An almost allegory. 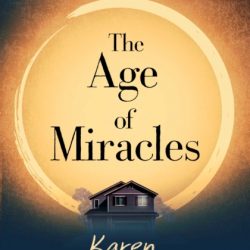 The Age of Miracles by Karen Thompson Walker

Beautiful, eerie and thought-provoking. Julia is growing up in a world where the turning of the Earth is slowing causing days & nights to be longer.

Julia’s day-to-day life continues despite the Slowing, she still faces many of the challenges of growing up. She has not even learnt the ways of the world and they are already changing as society struggles to cope with how to carry on as the days & nights grow continually longer. 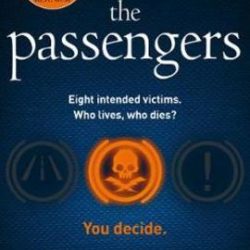 The Passengers by John Marrs

A near-future thriller where cars are not only automated but some have no manual controls at all.

This becomes a serious problem for eight passengers in such cars when a hacker takes control of them, saying they will all likely be dead soon as they will all collide, except one. The choices are diverse – a pregnant woman, an elderly actress, an immigrant who speaks no English and more. Who would you decide to save? Cleverly exploring our perceptions and judgements of others, how there is so much that is unknown in other’s lives and about who has a right to live and who doesn’t. 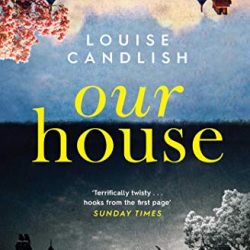 Our House by Louise Candlish

Imagine someone else moving into your home, when you didn’t put it up for sale, what would you do?

This happens to Fi as she comes home to her expensive, and adored home in London. The novel tells the story of how this came to be – half through Fi’s version of events and half through her husband’s. It’s a satisfyingly convulted, cautionary tale of how things can quickly spiral out of control and how decisions you make without the full facts can have allsorts of unforseen consequences. 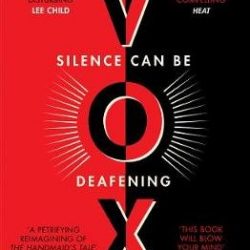 Imagine you could only speak 100 words a day… if you were a woman, or a girl. Welcome to near-future America (it is fiction, at least for now) where all females have to wear devices that count their words and electorcute them for exceeding their daily count. Follow Jean McClellan, silent whilst her husband and sons chatter around her, a scientist before the change of government stripped her of her job, her money and her words… 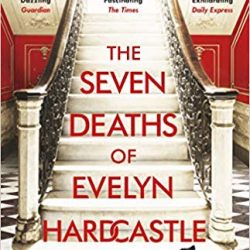 The Seven Deaths of Evelyn Hardcastle by Stuart Turton

A murder that doesn’t look like a murder and Aiden Bishop is tasked with solving it. Forced to relive the day repeatedly in the bodies of different hosts as Evelyn Hardcastle dies again and again.  There are forces at work in Blackheath that Aiden can’t begin to understand and someone who wants to stop him from leaving. Getting to the bottom of all of the secrets, and the murder will not be easy. 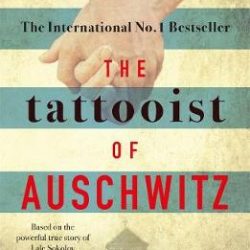 The Tattooist of Auschwitz by Heather Morris

A love story set in the most horrific place on earth.

This is the novelisation of the story of Lale, a jew who was imprisoned by the Nazis and became the tattooist of Auschwitz. It is an unusual tale of love in the most horrendous of places. It gives a rather sanitised view of Auschwitz, with jolts of horror and isn’t as heavy reading as you would imagine. 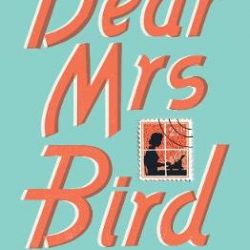 Uplifting, hilarious and compelling. The pefect tonic for a weary nation!

Emmy is a young lady living during the Blitz who dreams of being a lady war correspondant but instead inadvertently ends up working for the women’s problem page of a magazine for the formidable Mrs Bird. Mrs Bird will not deal with any letters concerning any “unpleasantness” and Emmy is tasked with filtering them. Feeling for the poor women Emmy decides to take matters into her own hands and reply to them. 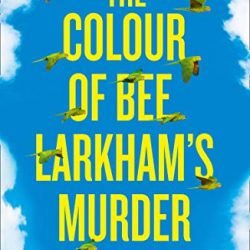 The Colour of Bee Larkham’s Murder by Sarah J Harris

Jasper can’t see faces (even his own) but he can see sounds as colours. Something has happened to his neighbour Bee Larkham, and Jasper was somehow involved. Yet it’s difficult to make sense of things when you can’t understand all of the clues. This unique mystery is wonderful, multi-layered and satisfying. You’ll fall into Jasper’s world and see the world in a way you’ve never seen it before. 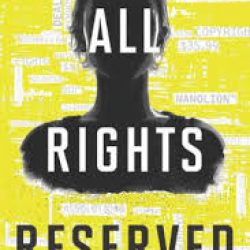 Imagine if you had to pay for every word you spoke from the age of fifteen.

Speth, about to turn fifteen, will soon have to pay for every word she speaks – which won’t be much since her and her siblings are orphaned and unable to afford much of anything.  Not only are words owned, but so are hairstyles, curtains, even names. And you need to pay to use them. Speth is contracted to speak for a corporation as her first paid for words but instead decides not to speak at all. Leading her to be an unlikely icon for change. 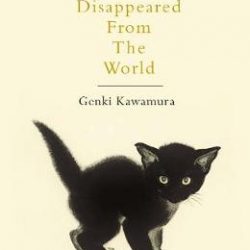 If Cats Disappeared From The World by Genki Kawamura

Thought-provoking, strange & moving. What would you give for another day of life?

The narrator’s days are numbered. He lives an isolated life with his cat Cabbage, and is dying of a brain tumour. The devil appears to him and offers him an exchange – one extra day of life for making one thing in the world dissapear. What follows is a story of loss, a journey to discover what really matters and a bizzare relationship with the devil. 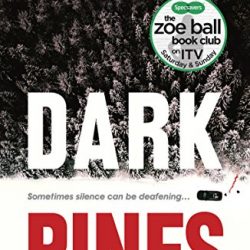 Dark Pines by Will Dean

A gripping plot, a stunning setting and a unique, loveable character !

Tuva is a deaf reporter is looking for a story that could make her career and let her escape the isolated, rural town of Gavrik. Two bodies lie deep in the forest she is frightened of, linked to a murder twenty years ago. She has to face her demons to investigate and find out what is really going on in the forest. 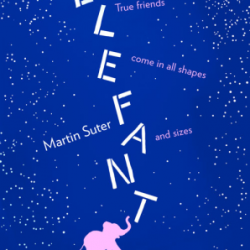 Genetically engineered and escaped from the group of scientists who don’t care for her, you can’t help but fall in love with the tiny elephant! This is a lovely, heart-warming story about what matters, how fates can collide and how second chances can come in the strangest (glow-in-the-dark) packages! 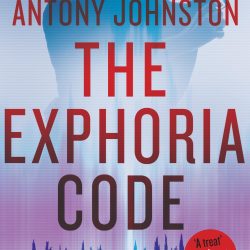 The Exphoria Code by Antony Johnston

Brigitte Sharp is haunted by her experiences in the field. But when her friend is murdered, in connection to strange, coded internet posts Brigitte is compelled to go undercover again inside a top secret Anglo-French military project to hunt a mole. The trouble is the truth behind the Exphoria Code is worse than anyone imagined. 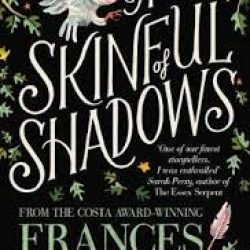 A Skinful of Shadows by Frances Hardinge

Immersive & compelling. Imagine if some people had a space inside them, a space where a spirit could hide?

As the English Civil War errupts around her Makepeace defends herself againsts nightly ghosts who try to possess her whilst trying to unravel the mystery of her heritage. Though when she lets down her guard down a wild spirit gets in, and may be her only defence in the dark times to come. You can’t help but become enthralled by Makepeace’s story! 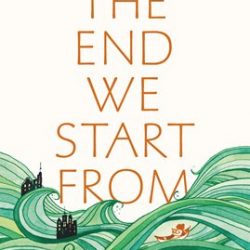 The End We Start From by Megan Hunter

Gorgeous & haunting. Perfectly captures the claustrophobia and wonder of motherhood set on the backdrop of a flooded London.

Unusual in style & form – names conveyed by letters and the entire book in brief prose, yet so much is captured in such short form. It is beautiful, harrowing and hopeful. It draws you in and takes you on a strange, uncertain journey as the baby’s new life contrasts with the backdrop. A truly beautiful tale. 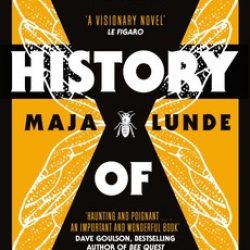 The History of Bees by Maja Lunde

This stunning novel spans 250 years. From England in 1851 following William, a biologist & seed merchant who sets out to build a new kind of beehive. To the USA in 2007 following George, a beekeeper, who struggles to fight collany collapse disorder and worries for the future of his farm. To China in 2098, following Tao, a mother, who lives in a world where the bees are gone.