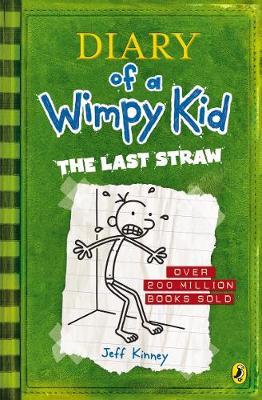 *The third laugh-out-loud, fully illustrated bestselling Wimpy Kid book!* Greg Heffley certainly doesn’t suffer from low confidence. In fact, he’s pretty sure he’s the best person he knows. His dad isn’t so sure though. In fact he can think of a lot of problems that only MILITARY ACADEMY can solve. But surprisingly, Greg doesn’t fancy spending his summer getting up at 5am to do push ups. Can this wimpy kid think of something pretty special to get out of this one? ABOUT DIARY OF A WIMPY KID: * 50% words, 50% cartoons, 100% hilarious! * Hilarious stories that all readers can’t wait to get their hands on * Laughter guaranteed * 200 million copies sold worldwide ‘Kinney is right up there with J K Rowling as one of the bestselling children’s authors on the planet’ – Independent *Don’t miss Diary of an Awesome Friendly Kid , to read Greg’s best friend Rowley’s side of the story!*