Home Shop THE KING WHO BANNED THE DARK Emily Haworth-Booth 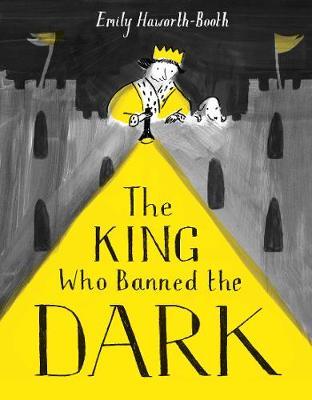 THE KING WHO BANNED THE DARK Emily Haworth-Booth

SHORTLISTED FOR THE WATERSTONE’S CHILDRENS BOOK PRIZE 2019 An illuminating tale of power, rebellion, darkness and light There was once a little boy who was afraid of the dark. There’s nothing unusual about that. Most children are afraid of the dark at one time of another. But this little boy was a Prince, and he decided that when he became King, he would do something about the dark. He would ban it. When the King bans the dark completely, installing an artificial sun, and enforcing anti-dark laws, it seems like a good idea. The citizens don’t need to worry about any of the scary things that might live in the dark. But what happens when nobody can sleep, and the citizens revolt? Will the King face his fears and turn the lights off? The King Who Banned the Dark is a beautiful and thought-provoking story about how we need the dark in order to enjoy the light.