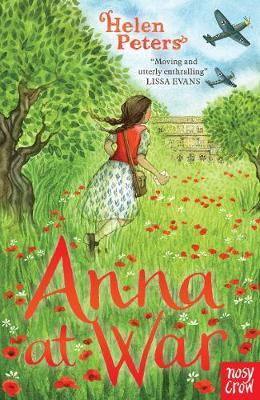 Moving and utterly enthralling – Lissa Evans As life for German Jews becomes increasingly perilous, Anna’s parents put her on a train leaving for England. But the war follows her to Kent, and soon Anna finds herself caught up in a web of betrayal and secrecy. How can she prove whose side she’s on when she can’t tell anyone the truth? But actions speak louder than words, and Anna has a dangerous plan… A brilliant and moving wartime adventure from the author of Evie’s Ghost. Cover illustration by Daniela Terrazzini.