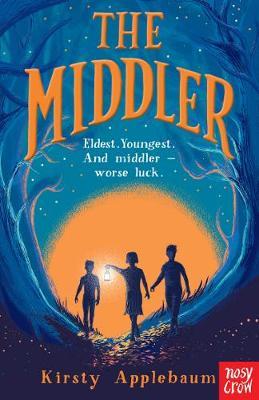 I was special. I was a hero. I lost the best friend I ever had. Eleven-year-old Maggie lives in Fennis Wick, enclosed and protected from the outside world by a boundary, beyond which the Quiet War rages and the dirty, dangerous wanderers roam. Her brother Jed is an eldest, revered and special. A hero. Her younger brother is Trig – everyone loves Trig. But Maggie’s just a middler; invisible and left behind. Then, one hot September day, she meets Una, a hungry wanderer girl in need of help, and everything Maggie has ever known gets turned on its head. Narrated expertly and often hilariously by Maggie, we experience the trials and frustrations of being the forgotten middle child, the child with no voice, even in her own family. This gripping story of forbidden friendship, loyalty and betrayal is perfect for fans of Malorie Blackman, Meg Rosoff, Frances Hardinge and Margaret Atwood. I thought I’d almost reached my fill of dystopian novels, but Kirsty Applebaum has rebooted the genre. The plot pulls you along and I liked Maggie more and more as she grew in courage. There is a touch of Harper Lee’s Scout about her. – Alex O’Connell, The Times Also by Kirsty Applebaum: TrooFriend