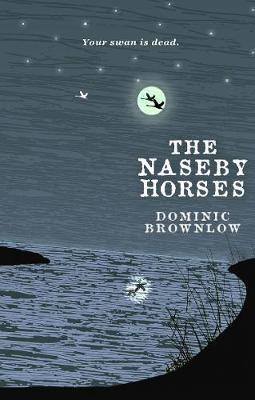 the family recently moved to from London is odd, silent, and mysterious. Simon is epileptic and his seizures are increasing in severity, but when he is told of the local curse of the Naseby Horses, he is convinced it has something to do with Charlotte’s disappearance. Despite resistance from the villagers, the police, and his own family, Simon is determined to uncover the truth, and save his sister.

Under the oppressive Fenland skies and in the heat of a relentless June, Simon’s bond with Charlotte is fierce, all-consuming, and unbreakable; but can he find her? And does she even want to be found?

Drawing on philosophy, science, and the natural world, The Naseby Horses is a moving exploration of the bond between a brother and his sister; of love; and of the meaning of life itself.

“A tonally assured debut with a powerful understanding of the contradictory emotional forces at play when someone close to you is lost… tense, intriguing, and absorbing” Peter Jinks, author of Hallam Foe

“A riveting debut” S A Harris, author of Haverscoft