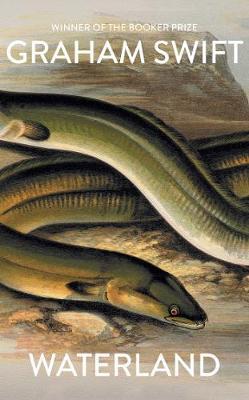 FROM THE BESTSELLING AUTHOR OF LAST ORDERS AND MOTHERING SUNDAY, reissued for the first time in Scribner The classic edition of one of the 20th Century’s finest novels by the winner of The Booker Prize One summer morning in 1943, lock-keeper Henry Crick finds the drowned body of a sixteen-year-old boy. Nearly forty years later, his son Tom, a history teacher, is driven by a bizarre marital crisis and the provocation of one of his students to forsake the formal teaching of history-and tell stories . . . Waterland is a classic of modern fiction: a vision of England seen through its mysterious, amphibious Fen country; a sinuous meditation on the workings of time; a tale of two families, startling in its twists and turns and universal in its reach. Compulsively readable, it is a novel of resonant depth and encyclopaedic richness, mixing human and natural history and exploring the tragic forces that take us both forwards and back. It is also a book about beer, eels, the French Revolution, the end of the world, windmills, will-o’-the-wisps, murder, love, education, curiosity and-supremely-the malign and merciful element of water. ‘A quite brilliant novel’ Daily Telegraph ‘Inspired’ New York Times