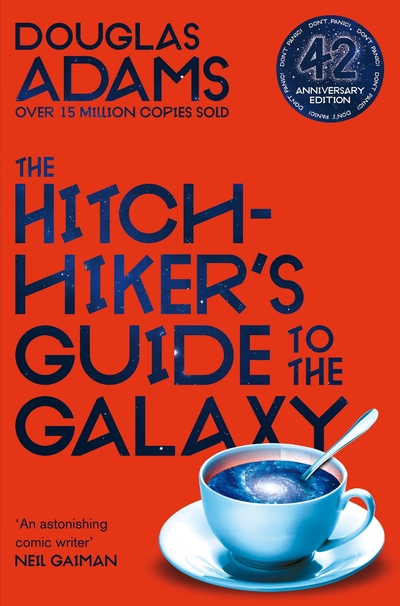 ‘One of the greatest achievements in comedy. A work of staggering genius’ – David Walliams An international phenomenon and pop-culture classic, The Hitchhiker’s Guide to the Galaxy has been a radio show, TV series, novel, stage play, comic book and film. Following the galactic (mis)adventures of Arthur Dent, Hitchhiker’s in its various incarnations has captured the imaginations of curious minds around the world . . . It’s an ordinary Thursday lunchtime for Arthur Dent until his house gets demolished. The Earth follows shortly afterwards to make way for a new hyperspace express route, and his best friend has just announced that he’s an alien. At this moment, they’re hurtling through space with nothing but their towels and an innocuous-looking book inscribed, in large friendly letters, with the words: DON’T PANIC. The weekend has only just begun . . . With exclusive bonus material from the Douglas Adams archives, and an introduction by former Doctor Who showrunner, Russell T Davies. The intergalactic adventures of Arthur Dent begin in the first volume of the ‘trilogy of five’, Douglas Adams’ comedy sci-fi classic The Hitchhiker’s Guide to the Galaxy.