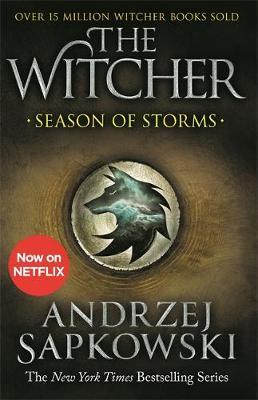 Season of Storms: A Novel of the Witcher – Now a major Netflix show Andrzej Sapkowski

Before he was Ciri’s guardian, Geralt of Rivia was a legendary swordsman. Season of Storms is an adventure set in the world of the Witcher, the book series that inspired the hit Netflix show and bestselling video games. Geralt. The witcher whose mission is to protect ordinary people from the monsters created with magic. A mutant who has the task of killing unnatural beings. He uses a magical sign, potions and the pride of every witcher – two swords, steel and silver. But what would happen if Geralt lost his weapons? Andrzej Sapkowski returns to his phenomenal world of the Witcher in a stand-alone novel where Geralt fights, travels and loves again, Dandelion sings and flies from trouble to trouble, sorcerers are scheming … and across the whole world clouds are gathering. The season of storms is coming… Translated by David French.