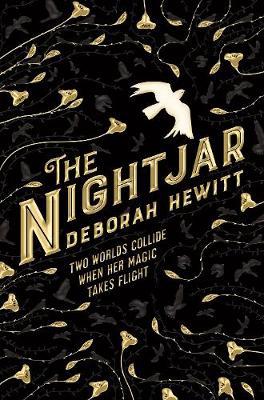 To achieve the incredible she must attempt the impossible All her life, Alice has been haunted by visions of birds. But when the mysterious Crowley appears at Alice’s door, he reveals she’s been seeing nightjars – the miraculous birds which guard our souls. And a shadowy faction wants to use her rare gift to hunt the magically gifted. Forced to go on the run, Alice follows Crowley to an incredible alternate London, to hone her talents. But can she trust him? Alice must risk everything as she navigates a dangerous world of magic, marvels and death cults. Exciting, vivid and enthralling – The Nightjar by Deborah Hewitt will take the reader on a journey involving betrayal, twisted loyalties, magic and the powerful ties of friendship. ‘I thoroughly enjoyed this’ – Genevieve Cogman ‘The wildly imaginative Hewitt is a writer to watch’ – Publishers Weekly (starred review)

Be the first to review “The Nightjar Deborah Hewitt” Cancel reply