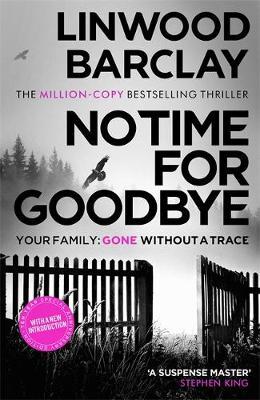 Tenth Anniversary edition of the million-copy, bestselling novel No Time for Goodbye with a special introduction from Linwood Barclay.’One of the world’s finest thriller writers’ Peter James * The house was silent. That was the first sign that something was terribly wrong. Fourteen-year-old Cynthia wakes one morning to discover that her entire family – mother, father, brother – have vanished. No note, no trace and no return. Ever. Now, twenty-five years later – with a family of her own – a letter arrives which chills Cynthia to the core. It leads her inescapably down the path to the devastating truth behind why they left. Sometimes it’s better not to know… * Praise for the masterful No Time for Goodbye: ‘You won’t get up until you’ve turned the last page’ Michael Connelly ‘Utterly riveting’ Tess Gerritsen ‘A terrific page-turner that keeps you in suspense’ Peter Robinson