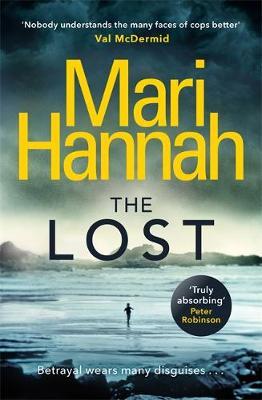 ‘Nobody understands the many faces of cops better than Mari Hannah.’ Val McDermid ‘Mari Hannah writes with a sharp eye and a dark heart.’ Peter James ‘Thrilling, exciting and kept me on the edge of my seat.’ Angela Marsons ***************** ‘He was her child. The only one she’d ever have. It would kill her to learn that he was missing.’ Alex arrives home from holiday to find that her ten-year-old son Daniel has disappeared. It’s the first case together for Northumbria CID officers David Stone and Frankie Oliver. Stone has returned to his roots with fifteen years’ experience in the Met, whereas Oliver is local, a third generation copper with a lot to prove, and a secret that’s holding her back. But as the investigation unfolds, they realise the family’s betrayal goes deeper than anyone suspected. This isn’t just a missing persons case. Stone and Oliver are hunting a killer. ***************** Why readers love award-winning expert author, Mari Hannah: ‘A blistering start to Hannah’s new detective series, The Lost pitches her fearless coppers into a case which will explode one family’s seemingly perfect life. Mari Hannah is a consummate storyteller and her books genuine must reads for any serious crime fan.’ Eva Dolan ‘Mari Hannah writes with compassion, humour and a firm grasp of character and plot. Her Kate Daniels series has already won her many fans, and this new series, featuring DS Frankie Oliver and DI David Stone, should win her many more. The Lost is a truly absorbing novel, full of twists and turns, all illuminated by Hannah’s suspenseful and thrilling writing.’ Peter Robinson ‘A complex and unsettling story, which keeps you gripped until the end.’ Amazon reviewer,5 stars ‘I couldn’t put it down and read it in one sitting. The plotting is superb with plenty of unexpected and audacious twists and turns which drew me in and didn’t let go. I’m already looking forward to the sequel.’ Goodreads reviewer, 5 stars