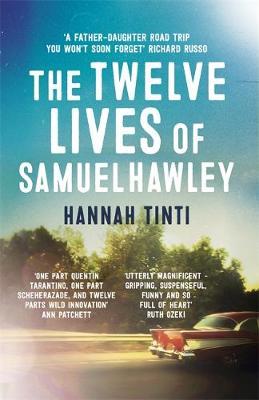 Bursting with imagination, THE TWELVE LIVES OF SAMUEL HAWLEY by Hannah Tinti has been described as ‘One part Quentin Tarantino, one part Scheherazade’ (Ann Patchett) and will appeal to fans of the Coen Brothers’ True Grit or Emma Cline’s The Girls. Hero. Villain. Father… After years spent living on the run, Samuel Hawley and his daughter Loo finally settle in Olympus, Massachusetts. Hawley takes up fishing, while Loo struggles with friendship and first love, and tries to piece together the puzzle surrounding her mother’s death. Haunting them both are the twelve scars Hawley carries on his body, from twelve bullets in his criminal past – a past that is about to spill over into Loo’s present, with explosive consequences.