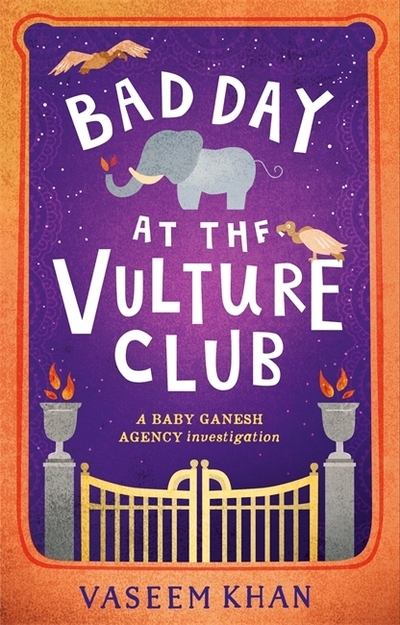 In the gripping new Baby Ganesh Agency novel, Inspector Chopra and his elephant sidekick investigate the death of one of Mumbai’s wealthiest citizens, a murder with ramifications for its poorest. The Parsees are among the oldest, most secretive and most influential communities in the city: respected, envied and sometimes feared. When prominent industrialist Cyrus Zorabian is murdered on holy ground, his body dumped inside a Tower of Silence – where the Parsee dead are consumed by vultures – the police dismiss it as a random killing.

But his daughter is unconvinced. Chopra, uneasy at entering this world of power and privilege, is soon plagued by doubts about the case. But murder is murder.

And in Mumbai, wealth and corruption go in hand in hand, inextricably linking the lives of both high and low…