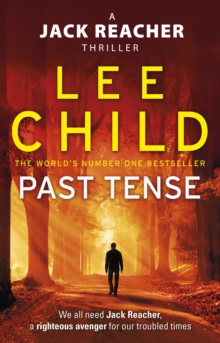 UNTIL NOW. ‘There’s only one Jack Reacher. Accept no substitutes.’ – Mick Herron.

A young couple trying to get to New York City are stranded at a lonely motel in the middle of nowhere. Before long they’re trapped in an ominous game of life and death. But the past can be worse .

. . Meanwhile, Jack Reacher sets out on an epic road trip across America.

He doesn’t get far. Deep in the New England woods, he sees a sign to a place he has never been – the town where his father was born. But when he arrives he is told no one named Reacher ever lived there.

And be sure not to miss Reacher’s newest adventure, no. 24, Blue Moon!