Home Shop All the Frequent Trouble of Our Days 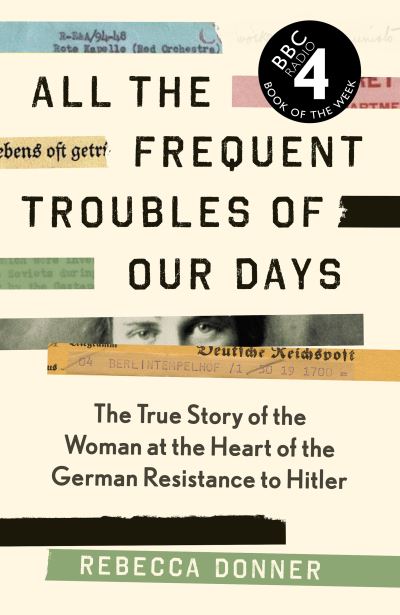 All the Frequent Trouble of Our Days

Born and raised in Milwaukee, Mildred Harnack was twenty-six when she enrolled in a PhD program in Berlin and witnessed the meteoric rise of the Nazi party. In 1932, she began holding secret meetings in her apartment – a small band of political activists that grew into the largest underground resistance group in Berlin. She helped Jews escape, plotted acts of sabotage and wrote leaflets denouncing Hitler’s regime, slipping them into mailboxes, public restrooms, phone booths. When the first shots of the Second World War were fired, she became a spy, couriering top-secret intelligence to the Allies. On the eve of her escape to Sweden, she was ambushed by the Gestapo. Fusing elements of biography, political thriller and scholarly detective story, Harnack’s great-great-niece Rebecca Donner tells her story.