Home Shop Do the Birds Still Sing in Hell?: A powerful story of love and survival Horace Greasley 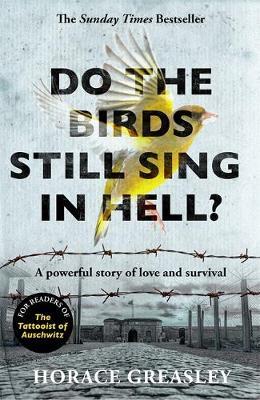 Do the Birds Still Sing in Hell?: A powerful story of love and survival Horace Greasley

An incredible tale of one man’s adversity and defiance, for readers of The Tattooist of Auschwitz. Horace Greasley escaped over 200 times from a notorious German prison camp to see the girl he loved. This is his incredible true story. A Sunday Times Bestseller – over 60,000 copies sold. Even in the most horrifying places on earth, hope still lingers in the darkness, waiting for the opportunity to take flight. When war was declared Horace Greasley was just twenty-years old. After seven weeks’ training with the 2/5th Battalion, the Royal Leicestershire Regiment, Horace found himself facing the might of the German Army in a muddy field south of Cherbourg, in northern France, with just thirty rounds in his ammunition pouch. Horace’s war didn’t last long. . . On 25 May 1940 he was taken prisoner and so began the harrowing journey to a prisoner-of-war camp in Poland. Those who survived the gruelling ten-week march to the camp were left broken and exhausted, all chance of escape seemingly extinguished. But when Horace met Rosa, the daughter of one of his captors, his story changed; fate, it seemed, had thrown him a lifeline. Horace risked everything in order to steal out of the camp to see his love, bringing back supplies for his fellow prisoners. In doing so he offered hope to his comrades, and defiance to one of the most brutal regimes in history.