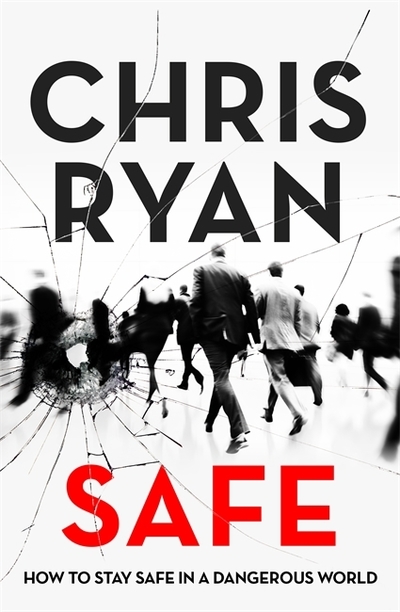 Safe: How to stay safe in a dangerous world: Survival techniques for everyday li Chris Ryan

SAS hero Chris Ryan tells you how to keep your family safe in a dangerous world. In today’s increasingly hostile climate people are anxious about how to keep themselves safe. In 2016, Chris Ryan’s family was targeted by a terrorist cell. He didn’t know who they were, or where they might strike. All he knew was that he wanted to keep his family safe. And since that’s all any of us want, he decided to write this book. In SAFE, Chris Ryan has compiled all the personal security expertise he acquired during his time serving with the Regiment – he was awarded the military medal for his quick-thinking and survival instincts. He reveals the skills that kept him safe working undercover in Northern Ireland, on the dangerous streets of central Africa and in the war zones of the Middle East. He explains how civilians can employ these techniques to keep themselves: * Safe on the streets and in their vehicles * Safe in a fight or in the midst of a terror incident * Safe on aircraft or in hostage situations * Safe from cyber attacks * Safe in riots * Safe from sexual predators and much more. Chris Ryan analyses real-life incidents, such as the Manchester Arena bombing, the London Bridge terror attack and the Tunisian beach shootings, and explains how ordinary people should act if they find themselves in similar scenarios. And he reveals fascinating stories, never before told, about life in the Regiment and the dangers faced by SAS soldiers. In a world of ever-present, ever-changing threats, this is a book that will empower you to take personal responsibility for your own security.