Home Shop This is Not Propaganda: Adventures in the War Against Reality Peter Pomerantsev 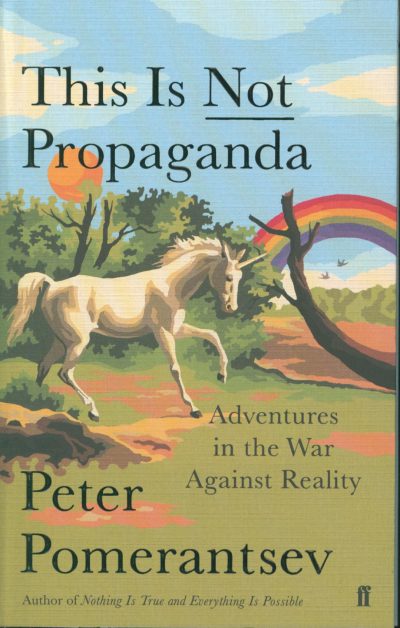 This is Not Propaganda: Adventures in the War Against Reality Peter Pomerantsev

The TIMES, OBSERVER and EVENING STANDARD BOOK OF THE WEEK ‘The world’s most powerful people are lying like never before, and no one understands the art of their lies like Peter Pomerantsev.’ Oliver Bullough, author of Moneyland: The Inside Story of the Crooks and Kleptocrats Who Rule the World When information is a weapon, everyone is at war. We live in a world of influence operations run amok, a world of dark ads, psy-ops, hacks, bots, soft facts, ISIS, Putin, trolls, Trump. We’ve lost not only our sense of peace and democracy – but our sense of what those words even mean. As Peter Pomerantsev seeks to make sense of the disinformation age, he meets Twitter revolutionaries and pop-up populists, ‘behavioural change’ salesmen, Jihadi fan-boys, Identitarians, truth cops, and much more. Forty years after his dissident parents were pursued by the KGB, he finds the Kremlin re-emerging as a great propaganda power. His research takes him back to Russia – but the answers he finds there are surprising. Part reportage, part intellectual adventure, This is Not Propaganda is a Pynchon-like exploration of how we can reimagine our politics and ourselves in a time where truth has been turned topsy-turvy. ‘Through our current smog of smouldering bullshit, This is Not Propaganda shines a necessary, humane and dissident light.’ Nick Rankin, author of Churchill’s Wizards: the British Genius for Deception 1914-1945 ‘Groundbreaking.’ CNN