Home Shop This Is Not Propaganda: Adventures in the War Against Reality 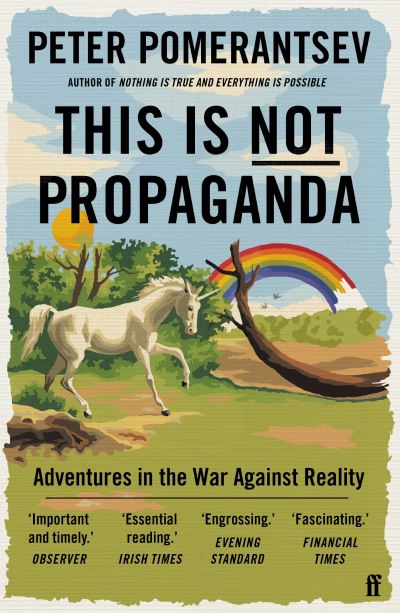 This Is Not Propaganda: Adventures in the War Against Reality

We live in a world of influence operations run amok, a world of dark ads, psy-ops, hacks, bots, soft facts, ISIS, Putin, trolls, Trump. We’ve lost not only our sense of peace and democracy – but our sense of what those words even mean. As Peter Pomerantsev seeks to make sense of the disinformation age, he meets Twitter revolutionaries and pop-up populists, ‘behavioural change’ salesmen, Jihadi fan-boys, Identitarians, truth cops, and much more. 40 years after his dissident parents were pursued by the KGB, he finds the Kremlin re-emerging as a great propaganda power. His research takes him back to Russia – but the answers he finds there are surprising. Part reportage, part intellectual adventure, this book is a Pynchon-like exploration of how we can reimagine our politics and ourselves in a time where truth has been turned topsy-turvy.