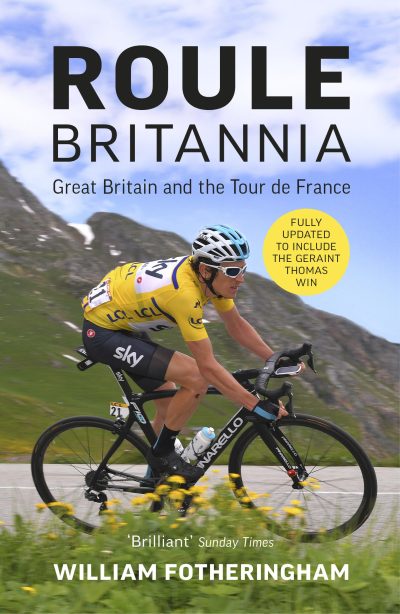 How did Great Britain conquer the Tour de France? In 2012 Bradley Wiggins made history by becoming the first Briton ever to win the Tour de France. Since that moment the UK has been living through the golden era in the world’s greatest bike race, with four overall titles for Chris Froome, Geraint Thomas winning for Wales in 2018, and Manxman Mark Cavendish proving the race’s most prolific sprinter. In Roule Britannia, number one bestselling author William Fotheringham, charts British cycling’s rise to the top and provides us with the definitive account of the nation’s Tour de France achievements through exclusive interviews with and profiles of cycling champions – from the early days of Brian Robinson to Bradley Wiggins’s dominant ride via Tom Simpson, Robert Millar, Chris Boardman and many others, Roule Britannia celebrates a nation’s love affair with the greatest race of all. ‘Brilliant…tells each story with passion and sensitivity’ Sunday Times