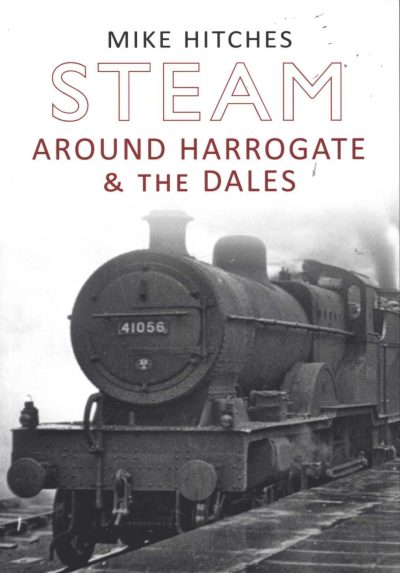 Gateway to the Yorkshire Dales, Harrogate has long been a centre of railway activity, being first approached by George Hudson’s York & North Midland Railway, closely followed by the Leeds & Thirsk Railway (later to become the Leeds Northern Railway). The town still retains a railway network, now serving commuters to Leeds, Bradford and elsewhere. Several branches served the dales themselves, although they only operated rare passenger services through places like Wensleydale, Nidderdale and Teesdale, most traffic being agricultural. Many of these branches were closed following the Beeching Report in the 1960s, but a section of the Wensleydale branch remains open and allows a picturesque ride through one of the dales, thanks to part of the line remaining open until the 1990s to serve a local quarry at Redmire. The East Coast Main Line north of York to Darlington is also represented as it too served the dales branches. Perhaps the most famous line in the area is the ex-Midland Railway’s Settle – Carlisle route, saved by Michael Portillo, the Conservative Transport Secretary, in the 1980s, when British Rail wished to close it. The line now plays host to steam excursions and is very popular with railway enthusiasts. In Steam Around Harrogate & the Dales, Mike Hitches explores the railway history of another area of Yorkshire in the glory days of steam. Days when the railway formed an important part of the infrastructure and thousands of passengers used the trains. Mike covers shed allocations, timetables and preserved lines in this well-illustrated book.