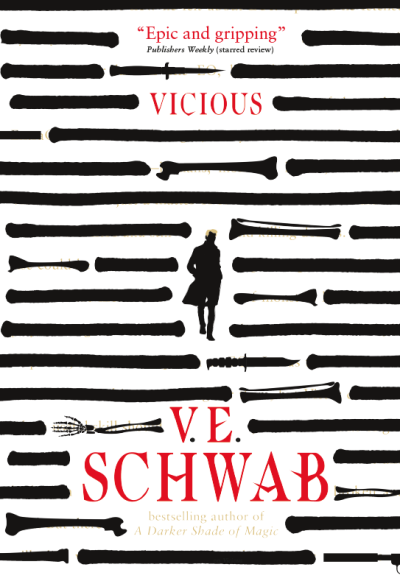 Victor and Eli started out as college roommates-brilliant, arrogant, lonely boys who recognized the same sharpness and ambition in one another. A shared research interest in adrenaline, near-death-experiences, and seemingly supernatural events reveals an intriguing possibility: that under the right conditions, someone could develop extraordinary abilities. But when their thesis moves from the academic to the experimental, things go horribly wrong.

They become EOs, ExtraOrdinaries, leaving a body in their wake and turning on each other. Ten years later Victor has escaped from prison and is determined to get his revenge on the man who put him there, aided by a young girl with the ability to raise the dead. Eli has spent the years hunting down and killing every EO he can find, convinced that they are abominations, all except his sidekick, a woman whose power is persuasion and whom he cannot defy.

Armed with terrible power on both sides, driven by the memory of betrayal and loss, the arch-nemeses have set a course for revenge-but who will be left alive at the end?