Home Shop In The Shadow Of Heroes Nicholas Bowling 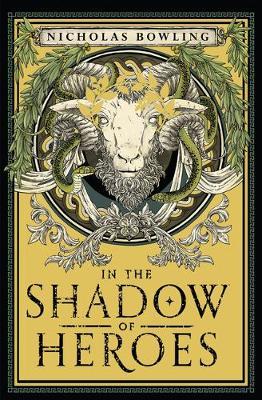 In The Shadow Of Heroes Nicholas Bowling

SHORTLISTED FOR THE COSTA CHILDREN’S BOOK AWARD 2019 Fourteen-year-old Cadmus has been scholar Tullus’s slave since he was a baby – his master is the only family he knows. But when Tullus disappears and a taciturn slave called Tog – daughter of a British chieftain – arrives with a secret message, Cadmus’s life is turned upside down. The pair follow a trail that leads to Emperor Nero himself, and his crazed determination to possess the Golden Fleece of Greek mythology. This quest will push Cadmus to the edge of the Roman Empire – and reveal unexpected truths about his past …