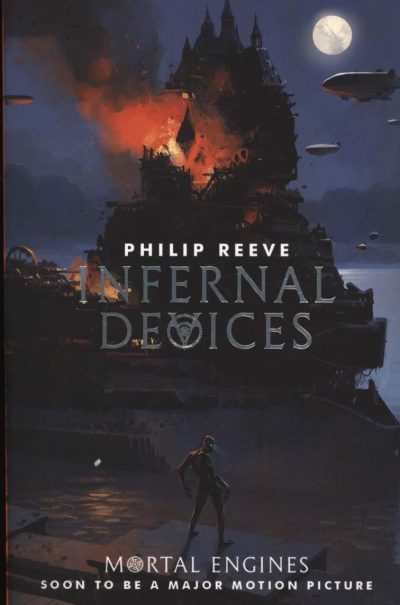 The third thrilling book in the award-winning MORTAL ENGINES quartet. In a world removed from the huge motorized cities of MORTAL ENGINES, Wren is desperate to escape the static city of Anchorage, and a charming submarine pirate is ready to help her. But when she steals a mysterious object, she ignites a conflict that could tear the world apart. MORTAL ENGINES launched Philip Reeve’s brilliantly-imagined creation, the world of the Traction Era, where mobile cities fight for survival in a post-apocalyptic future. Now, in time for the film debut, the critically acclaimed MORTAL ENGINES quartet is repackaged with a fantastic and eye-catching cover featuring new artwork.