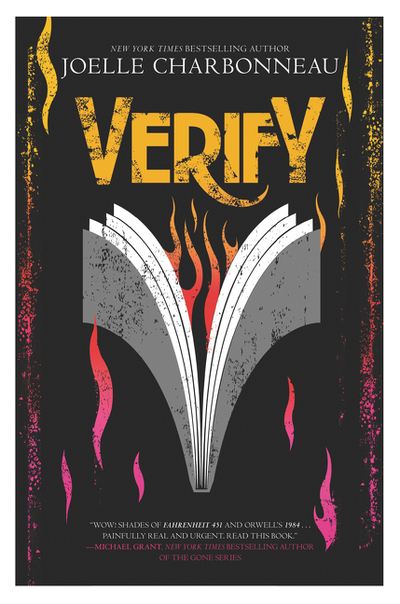 “Wow! Shades of Fahrenheit 451 and Orwell’s 1984. Painfully real and urgent. Read this book.” ?Michael Grant, New York Times bestselling author of the Gone seriesBestselling author Joelle Charbonneau’s eerily timely, high-stakes page-turner is destined to start important conversations at this particular moment in our history. Meri Beckley lives in a world without lies. When she looks at the peaceful Chicago streets, she feels pride in the era of unprecedented hope and prosperity over which the governor presides.But when Meri’s mother is killed, Meri suddenly has questions that no one else seems to be asking. And when she tries to uncover her mother’s state of mind in her last weeks, she finds herself drawn into a secret world with a history she didn’t know existed.Suddenly, Meri is faced with a choice between accepting the “truth” or embracing a world the government doesn’t want anyone to see?a world where words have the p